Evening Post, Volume CXXI, Issue 31, 6 February 1936, Page 15
"Die-Hard" VeteranSergeant-Major Bezar
Tomorrow Sergeant-Major E. Bezar, of Wellington, will celebrate his ninety sixth birthday. He joined the 62nd Wiltshire Regiment in 1855, and the next year was transferred to the 57th Regiment, the "Die-Hards," serving in the Crimea, Malta, Aden, and India. In 1860, Sergeant-Major Bezar left India for New Zealand, arriving in the Dominion in. January, 1861. He and Mr. M. Gill, of Palmerston North, are the only surviving "Die-Hards" in New Zealand.
Evening Post, Volume CXVII, Issue 41, 17 February 1934, Page 15
Sergt. - Major BezarLast of the "Die Hards"
The death occurred this morning in the Wellington Hospital of Mr. Edwin Bezar, of Rintoul Street, South Wellington, an ex-sergeant-major of the 57th (West Middlesex) Regiment, known to military fame as the "Die Hards"— one of the historic British regiments that took an active part in suppressing that section of the Maori rebellion which kept the settlers of Taranaki Province in a fever of unrest, in the early sixties, for several years. Mr. Bezar was in his ninety-eighth year.Born in Wiltshire, England, on February 18, 1838, Sergeant-Major Bezar joined the 1st Wiltshire Regiment when he was 17 years of age. Within fourteen days of joining up he proceeded on active service and served with his regiment in the Crimea. In March, 1857, he was transferred to the 57th Regiment, commonly known in those days as the Die Hards, a name of which its members were very proud. With the Die Hards he left for Malta in September of that year, but on trouble cropping up with the Sepoys, he was transferred to Aden with some 200 others of his company. In March of the following year he was one of the company who had a brush with the Arabs, and in March, of 1860, he rejoined his regiment at Poona, India.British arms not having proved as successful as was anticipated against the Natives in New Zealand, further reinforcements were required, and Sergeant-Major Bezar left India in November, 1860, with the Die Hards. He landed in the colony early in 1861, and took part in all the engagements of his regiment in the Maori War, notably at Kaierau, where nine of the regiment were killed, the capture of Hori Keria, the attack on Katikara, and the capture of the pa there, and at the capture of Kakakaramea Pa in 1865. Sergeant-Major Bezar was also in command of the advance guard which went to the relief of Captain Lloyd's party after their severe reverse at Te Ahuahu.
DISCHARGE IN DOMINION.
In 1866 the Die Hards were recalled to England, but Sergeant-Major Bezar, having decided to make New Zealand his future home, took his discharge in the colony as Colour-sergeant, having had the unique record of holding the rank of n.c.o. for the whole of the period of his service in the British Forces. However, in September, 1868, when the Maoris again threatened trouble on the West Coast, he was appointed sergeant-major in the Wanganui district. The first school cadet corps was organised by Sergeant-Major Bezar in 1872, and later he organised the first Maori rifle corps under volunteer regulations. In 1881 he was transferred by the Defense Department to the Wairarapa District, with headquarters at Featherston, and from there to Dunedin in 1891. He resigned his position in 1892 and had lived in Wellington ever since. During his military service Sergeant- Major Bezar served under Generals Waugh, Logan, C. M. Clarke, and Colonel Russell. Amongst his treasured possessions was a framed photograph of regimental officers taken in Ceylon in 1866 and presented to him by General Clarke some ten years after that officer had left the regiment. From the time of his retirement from the army, Sergeant-Major Bezar kept in close touch with his old regiment by correspondence. Prior to his retirement from active participation in colonial military affairs, he published, in Dunedin, a book entitled. "Some Reminiscences of the Die Hards."
A STRANGE INTRODUCTION.
Sergeant-Major Bezar's interest in New Zealand was first awakened by seeing a copy of the "London Illustrated News," dated February 8, 1851, and containing illustrations of the young colony and a letter written by a Mr. Brown, of New Plymouth, in a shop in Aden. Observing that the sergeant was interested, the Parsee who kept the shop gave him the paper, which many years later he presented to the Turnbull Library. 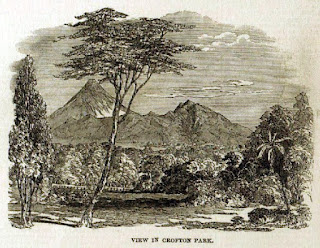 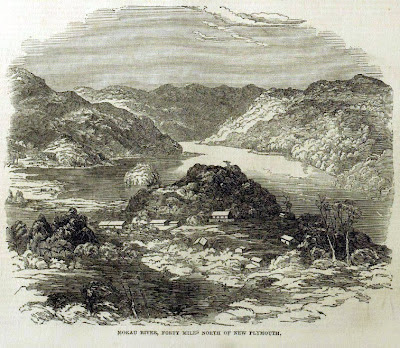 During his visit to New Zealand as the Prince of Wales, King Edward VIII, who is Commander-in-Chief of the Die Hards, met Sergeant-Major Bezar in Wellington, and later sent him an autographed photograph of himself as a memento of the occasion. In 1866 Sergeant-Major Bezar married Mary Ann, daughter of Sergeant T. Kearns, who predeceased him about 30 years ago. Up till 1934, there were two survivors of the old 57th Regiment, the other being Michael Gill, of Napier, aged 97 He died, however, on February 19 of that year, leaving Sergeant-Major Bezar as the sole survivor. Sergeant-Major Bezar has five sons and four daughters, all living. Of his sons, Albert, Frederick, and Herbert, are resident in Auckland, George in Fiji, and Charles in Christchurch. Of his daughters, Mrs. L. D. Wells and Mrs. W. Murrell live at Island Bay, Mrs Wilkinson resides at Featherston, and Mrs. Watson is at Napier.
Evening Post, Volume CXXI, Issue 31, 6 February 1936, Page 15

Posted by Early Canterbury Photography at 2:45 AM